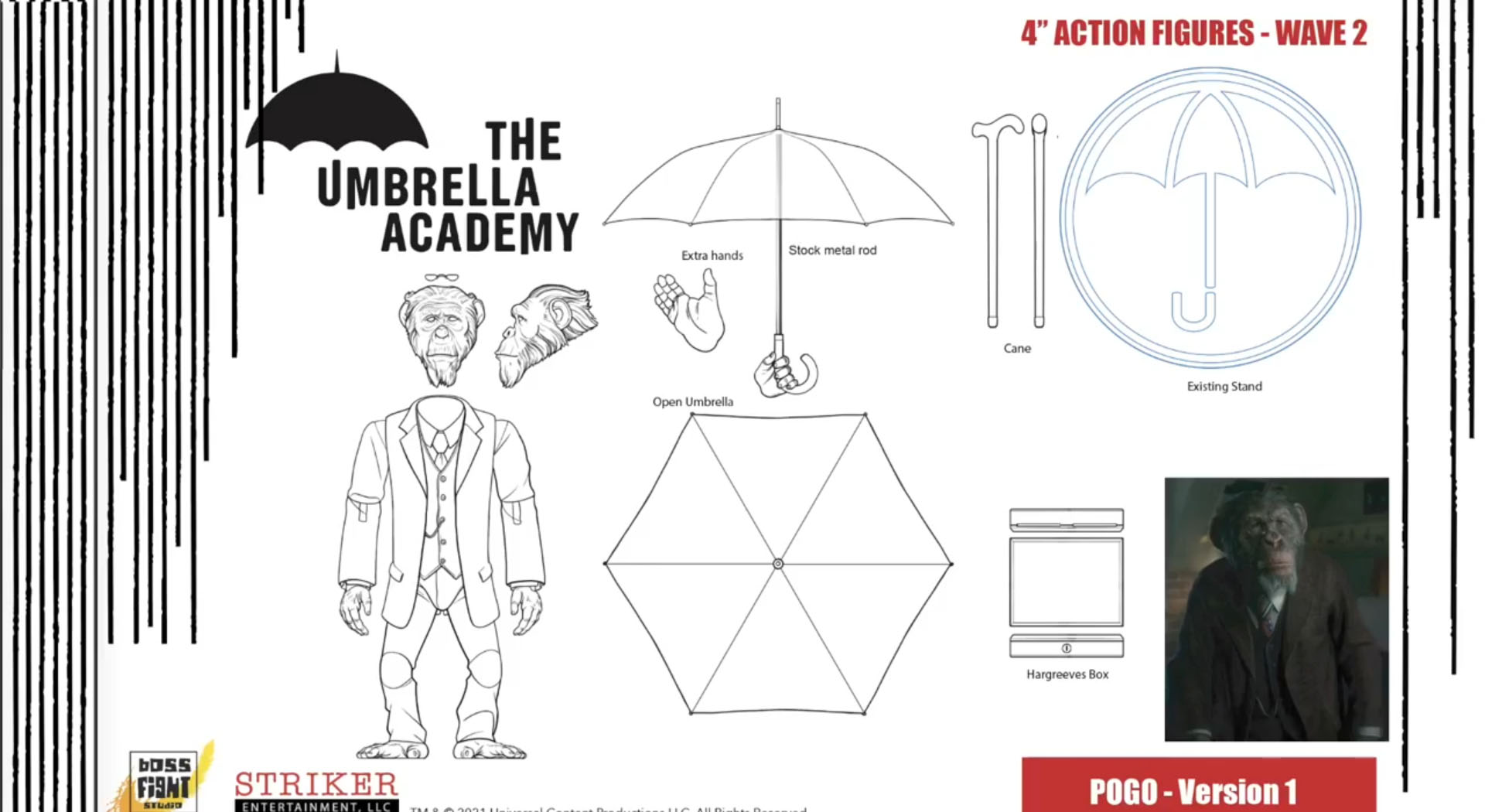 Yesterday, Boss Combat Studio held a stay stream detailing plans for his or her Umbrella Academy 1/18 scale figures. They showcased new samples from Wave 1, and introduced wave 2, and talked about that Waves 3 and 4 are additionally within the works. For Wave 2, they primarily simply introduced the characters, because the sculpts have been too early to point out. They did give us a take a look at the artwork for Pogo, and teaser for (what is probably going) Ben. See the display screen caps after the leap.