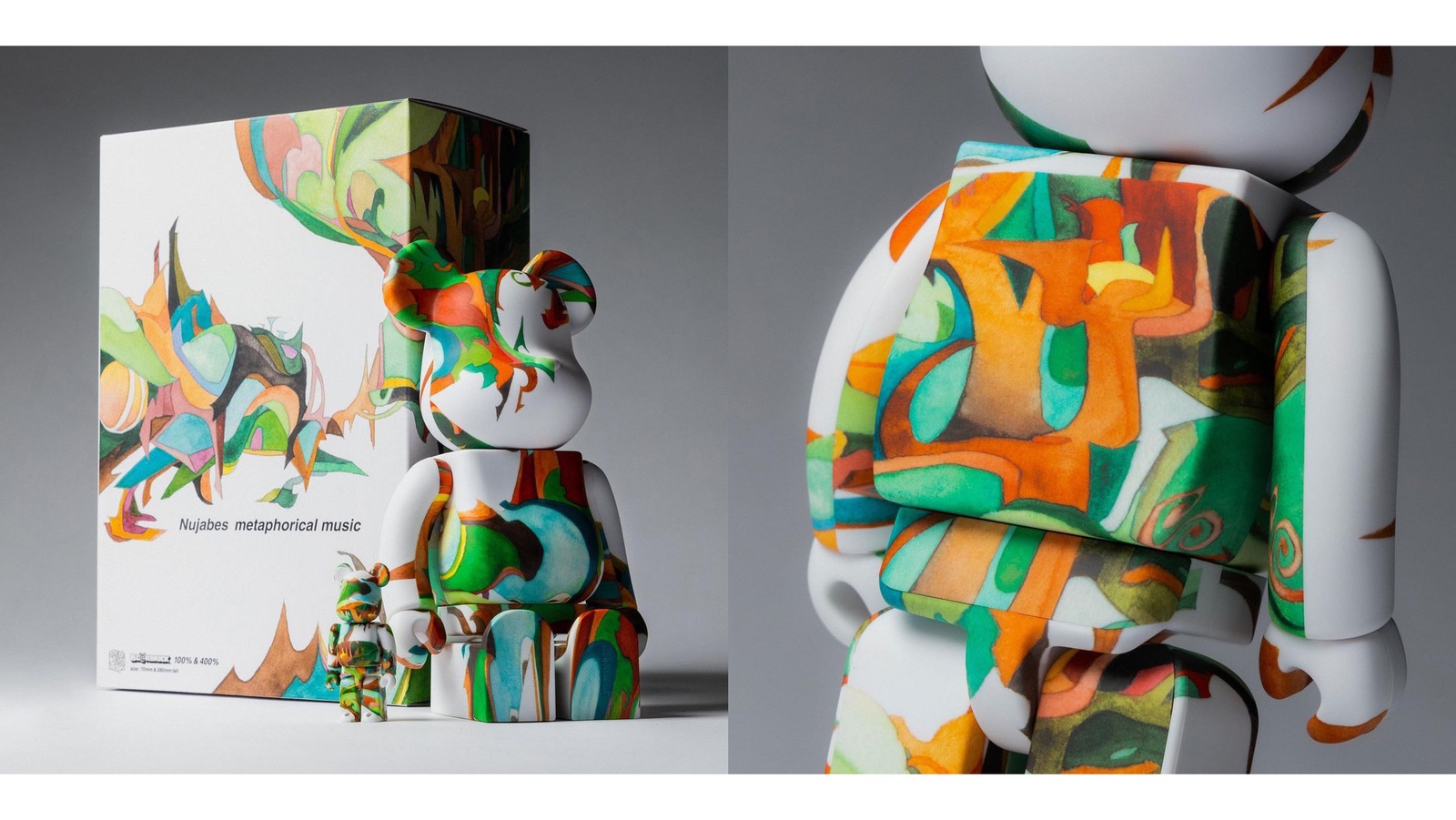 The Metaphorical Music Be@rbrick Set (100%/400%) celebrates the music of the late lo-fi hip hop pioneer Nujabes with an natural design impressed by the cowl artwork of the producer’s first album of the identical identify. Created by Yen City Market x Medicom Toy, the 100% and 400% Be@rbrick figures move with earthly inexperienced and brown hues with a splash of nourishing blue. Lovely.